1-800-Flowers.Com Inc (NASDAQ:FLWS) has let go some leaders of Harry & David, which it acquired last year for about $143 million. The move follows a successful quarter that revealed significant contribution from Harry & David.

Where do analyst foresee upcoming resistance in FLWS?

Some top executives at Harry & David are leaving several months after the company was purchased by 1-800-Flowers.Com, which allowed them to run the business for some time. Those exiting the scene at Harry & David are CEO, Craig Johnson, CFO Michael Schwindle, CIO Charles Hunsinger and VP of HR Pam Turay. Some in this team are expected to stay in their positions for the next several weeks before they leave. 1-800-Flowers.Com confirmed the changes.

Following the management changes, Harry & David will now operate as a wholly-owned subsidiary 1-800-Flowers.Com Inc (NASDAQ:FLWS) and report directly David Taiclet, who currently heads the Gourmet Food and Gift Baskets division at 1-800-Flowers.Com. Taiclet is expected to work with the Harry & David team in Medford, which is the headquarters of the subsidiary.

The company expects the acquisition of Harry & David to boost its cost-saving efforts to about $15 million over the coming three years. 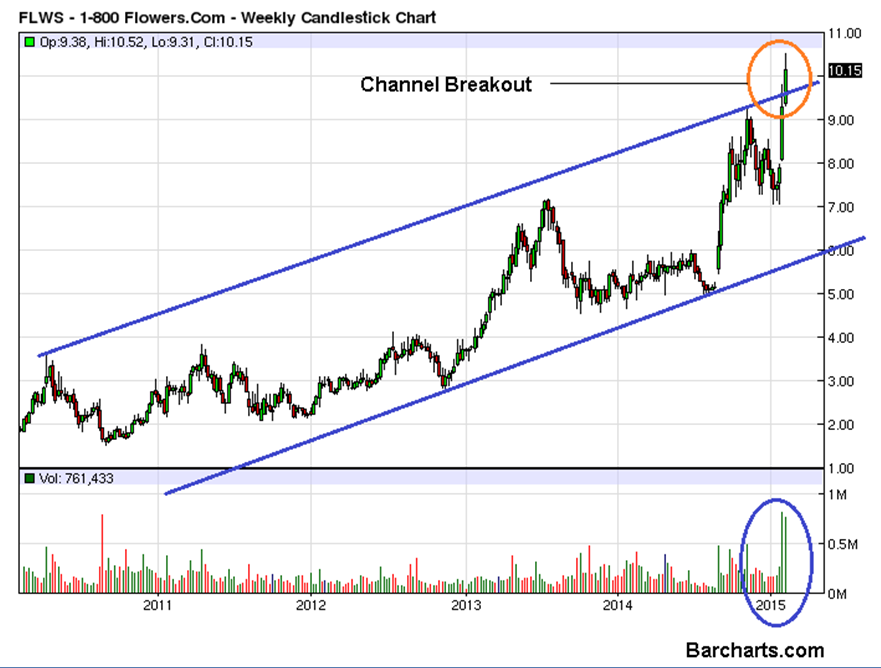 1-800-Flowers.Com Inc (NASDAQ:FLWS) has been in a long term bull market for the last 5 years and the rally may be accelerating now. The period of 2010-12 was spent in a sideways phase with marginally higher highs and higher lows keeping the uptrend intact, but 2013 produced a breakout early enough to see a 100%+ rise in the same year. The latest phase has broken above the long term channel on the upside and if the price can survive the higher levels above $11, bulls can hope for more.