Niska Gas Storage Partners LLC (NYSE:NKA) upset the investors on more than one front. Firstly, it performed poorly in its third-quarter, when its results missed the market consensus by a wide margin. Secondly, the natural gas storage operator suspended the distribution of its common units in order to remain afloat. The aftereffects of the company’s decision were clear from rampant fall in its share prices.

Will NKA continue on its latest trend?  Get the free report!

Niska Gas Storage Partners LLC (NYSE:NKA)’s third quarter earnings per share came in at -$6.85, which failed to compare with the analysts’ expectations of-$0.30 per share. The revenue of the company increased 51.7% year over year to $39.22 million, surpassing the market estimates of $31.54 million. The net loss for the period was reported at $259.6 million. Niska Gas Storage Partners LLC (NYSE:NKA)’s Chairman, President and CEO Bill Shea was disappointed with the company’s performance during the said period. He said that the higher natural gas supply in North America along with warm weather in several parts of its market led to an extremely weak quarter.

Suspension Of Distribution Of Common Units

Shea added that the company is constantly looking forward to incorporate cost reduction measures amid the unfavorable market conditions. He said that the company is committed to managing each and every aspect of cost and to maintain liquidity and future cash flows. Thus, as a part of this decision, Niska Gas Storage Partners LLC (NYSE:NKA) announced to suspend the distribution of its common units, in order to preserve liquidity and save cash. The company did not specify as to when it will reinstate the distribution of the common units as it cited market uncertainty preventing it to announce a specific timeline for the resumption of distribution.

In reaction to Niska Gas Storage Partners LLC (NYSE:NKA)’s announcement, it shares tumbled down by more than 21% to $2.99 in the last trading session. 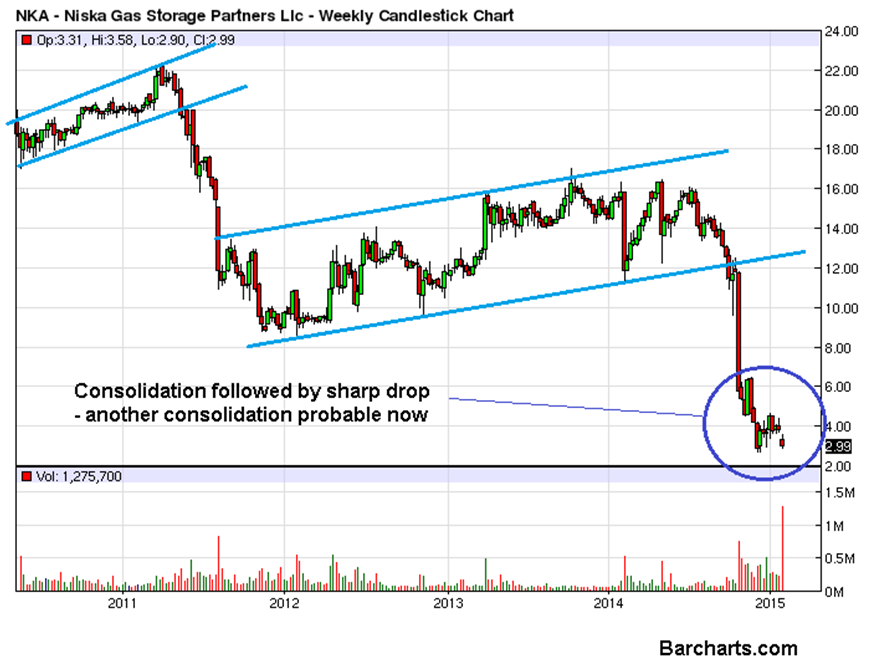