Have analyst identified a strong buy signal for NHMD?

The new facility will play a major role in allowing the company to meet projections for fiscal 2015. SouthCorp Capital is assisting Nate’s Foods with another project, a facility in Indiana. Plans for the Indiana facility are expected to be submitted within the next 45-60 days, and is projected to produce up to 100million cans per year.

Nate’s Foods is planning to utilize the Indian plant to expand its current product line. New products include Compound Butters, Omelet, Cookie Mix, Guacamole, Brownie Mix, Syrups, Cake Mix in addition to the flavor expansion. It is expected to become operational within the next 24 months.

Recently Nate’s foods also announced it has changed their brand name from Nate’s Pancakes to Nate’s Homemade. This was done in an effort to create an umbrella brand the company could use as it is planning many new product releases over the coming 24 months. 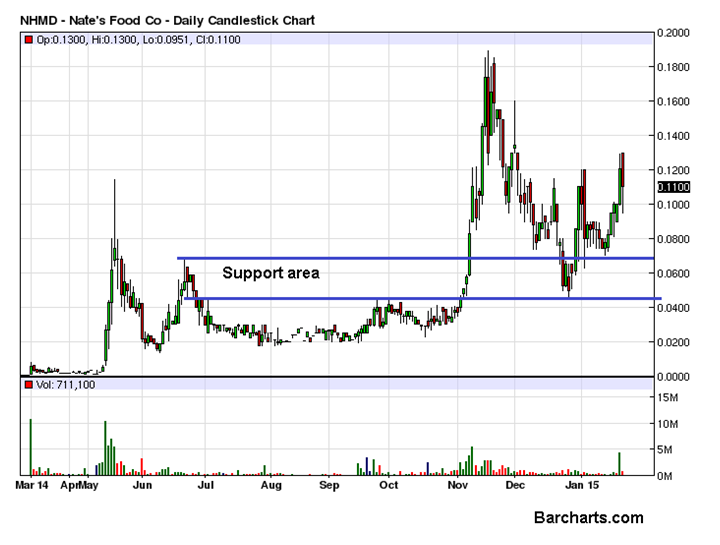 The chart of Nate’s Foods Co (OTCMKTS:NHMD) is marked by a consistent series of consolidation and rallies, which generally implies long term strength of the stock. The first rally of the year of 2014 was followed by a multi-month sideways phase, which finally resulted in a much bigger rally. Now the correction following the rally has found support from a very important historical area and as long as this support band $0.045 – $0.065 remains protected, the bulls may take the price higher again.